Water Reuse Gets a New Take in South Africa 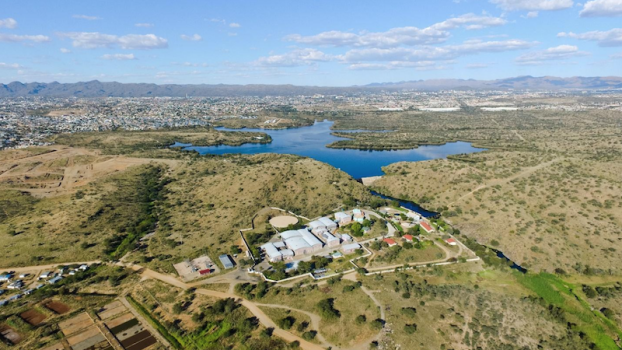 Water reuse can be an effective way to supplement the water needs of growing cities. Even in the midst of record breaking droughts, this alternative can have meaningful impact once it overcomes public misperceptions and investment barriers. USAID and its partners are helping South Africa encourage greater understanding of this promising approach for strengthening urban water security in the face of growing water scarcity.

Water Reuse Gets a New Take in South Africa

Imagine that the drought-stricken city of Cape Town, South Africa, had ready access to an additional water supply—enough to satisfy nearly half  of the city’s daily demand for drinking water.

Now imagine that this water source is not only of higher quality than water from the city’s reservoirs, but also that it would reduce marine pollution along Cape Town’s famous beaches and use less energy than seawater desalination.

This is not just a water utility manager’s dream. Rather, it represents a realistic estimate of the potential for utilizing reused water as one component of a city’s sustainable potable water supply.

Globally, water reuse has been recognized for decades as a key component of sustainable water management in water scarce environments. However, water reuse has not been widely implemented in South Africa, largely due to negative public perceptions. For example, while water reuse was previously proposed for the eThekwini (Durban) Municipality and the city of Cape Town, the tactic was ultimately rejected in favor of seawater desalination due to public concerns. Yet treating wastewater for potable water reuse using reverse osmosis necessitates only one-third the energy requirement of ocean desalination and costs approximately 30 percent less. Figure 1 below provides a comparison of costs and energy usage between various desalination and water reuse plants in South Africa and the region.

Although water reuse is not widely utilized across South Africa, there are some local success stories. The community of Beaufort West in the Karoo region, for instance, blends approximately 20 percent reused water into its water supply from local dams. There are also several notable examples of municipalities in nearby countries successfully reusing water as a component of their potable water supply. Windhoek, Namibia’s capital, is a global leader in water reuse, for example. The city has been relying on reused water to augment its drinking water supply for 50 years, and possesses a stellar record of delivering safe, clean water even during multi-year droughts. As shown below in Figure 2, Windhoek increased its reliance on reused water from 16 percent to 29 percent during its 2015-16 drought.

Technically, treating reused water up to potable standards is straightforward. The technologies and systems required to reliably treat water—even water from domestic and industrial sources—are well established and readily available. The most significant impediment to more widespread adoption of water reuse is public perception. In an effort to change this perception, the city of Windhoek uses stringent monitoring of water quality coupled with a robust public education campaign. Similarly, Beaufort West in South Africa uses a transparent and inclusive public consultation process as part of its Environmental Impact Assessment complemented with an ongoing education campaign. Beaufort West has also adopted a very conservative design with multiple treatment barriers to ensure the safety of the drinking water.

A second important impediment to widespread adoption is the initial capital investment required to effectively reuse water to meet drinking water standards. For instance, the Beaufort West treatment plant uses a nine-step process that includes pre-treatment, rapid sand filtration, membrane ultra-filtration, reverse osmosis, and advanced oxidation. This multi-barrier treatment approach adds complexity and cost compared to traditional treatment processes. However, treatment costs are offset by the fact that the source water is essentially free compared to other bulk water sourced from dams or groundwater. Furthermore, the water produced from reused water is often of a higher quality than other potable water sources.

USAID/WASH-FIN invited Mike Markus, general manager of the Orange County Water District, and Adan Ortega, a water and natural resources policy and strategic communications expert, both from California—a part of the United States with a similar drought profile to South Africa’s. Markus and Ortega shared their experiences working with water reuse technology and discussed public perception issues and other barriers to implementation.

Key takeaways from the workshop included:

The workshop is expected to lead to the development of one or more pilot municipal water reuse projects with continued support from USAID and DBSA. Building off of successful project models, these pilots will promote the adoption of water reuse as an inexpensive, readily-available component of sustainable municipal water supply, and help South African cities ensure consistent water service to their constituents, even in the face of tightening water supplies.