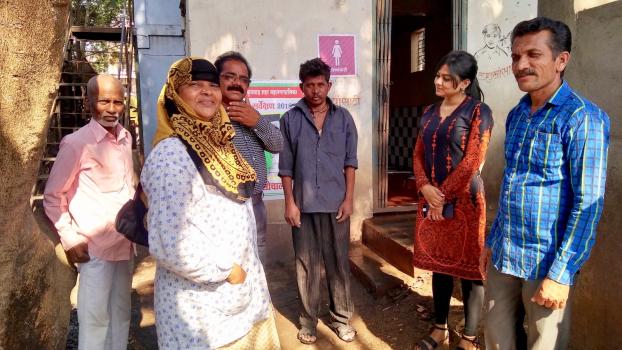 Over 17 years of mission programming, (1994–2011) USAID’s Financial Institutions Reform and Expansion–Debt and Infrastructure (FIRE-D) activity partnered with India’s central, state, and municipal governments to provide technical assistance to 16 Indian states. The focus of this three-phased activity changed over time, but the goal remained the same: to expand sustainable water and sanitation access to the poor while improving the ability of city and state governments to mobilize resources and increase their revenues.

This fourth in a series of independent ex-post evaluations of past USAID water and sanitation activities followed up on six states and cities seven years after FIRE-D ended to understand how urban water and sanitation services have changed and to what extent policies, practices, and financing mechanisms introduced through FIRE-D have been sustained. Access the full report.

In most of the cities evaluated, the proportion of households with piped water and household toilet access increased or remained the same despite population growth. Emphasis on access for the poor varied by city and was affected in part by insecure land tenure.

Although financial reforms put into place during FIRE-D have improved the revenue picture at nearly all evaluation sites, few cities could claim financial stability. Many continue to struggle with inefficient tax and tariff collection. Improvements that FIRE-D promoted—property tax reforms, asset mapping, e-governance, and leakage and energy audits—have also been maintained thanks to ongoing promotion on the part of national water and sanitation funding schemes. Improved accounting practices FIRE-D put into place have also continued and expanded.

FIRE-D pioneered municipal credit ratings and supported the subsequent issue of municipal bonds to finance water and sanitation development projects in India. Two of the evaluated municipal sites continue to issue bonds for water and sanitation. Pune City leveraged its strong financial stability to do so. Tamil Nadu State has continued to float pooled bonds through a FIRE-D-established mechanism, which has a unique structure designed to build investor confidence.

Apart from Pune and Tamil Nadu, the availability of cheaper and less administratively burdensome capital from government grants and other donors has largely suppressed the incentive to seek market-based financing for water and sanitation development. While most cities have continued to pursue credit ratings, they typically do so to meet government funding requirements rather than as a pathway to market finance.

Other findings indicate that stakeholders show little interest in establishing public-private partnerships for water and sanitation services for the following reasons: a perceived lack of commercial viability or profitability due to inefficient user fee collection, and the potential of political incentives to keep tariffs low and avoid arousing a negative public backlash related to privatizing services.

Finally, the evaluation found that government stakeholders still have relatively low capacity to plan and manage water and sanitation development despite FIRE-D’s and other donors’ continued support. City Managers’ Associations established by FIRE-D demonstrate potential for successful long-term capacity building support, provided that they can adopt a clear mandate and bylaws that protect their function when leadership changes.

The greatest driver of FIRE-D’s sustainability was its deliberate integration into the GoI’s JNNURM water and sanitation funding and reform scheme, which adopted FIRE-D reforms and passed them on to subsequent schemes that remain active today. This government partnership approach should be replicated as a key way to advance a country’s journey to self-reliance. The continued success of various revenue management and stability mechanisms highlights the value of these efforts in future activities. All such activities should acknowledge and seek ways to address key barriers in the policy environment, such as decentralization or land tenure rights.

For more information take a look at the full evaluation, the evaluation brief, or reach out to the Water CKM M&E Specialist directly to learn more.

About the Ex-Post Evaluation Series

The USAID Water Office is conducting a series of independent ex-post evaluations of the Agency’s water, sanitation, and hygiene activities to inform future USAID investments in the sector and to better understand the long-term impact and sustainability of its interventions several years after projects close. This evaluation series will help USAID understand whether and how its activity results have been sustained.