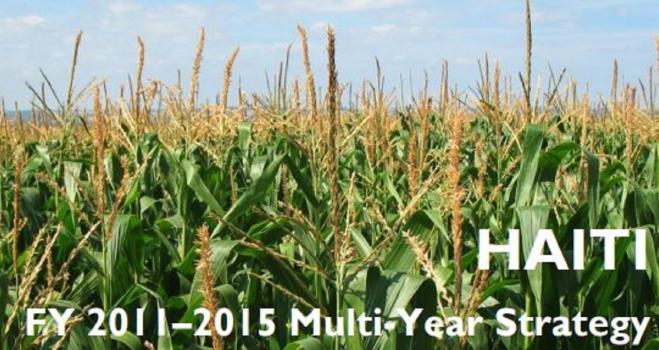 Agricultural productivity in Haiti has systematically declined in the last three decades. A shift to annual cropping on steep slopes has caused erosion and exacerbated flooding that affects the slopes, as well as the productive plain areas. The magnitude of flooding has increased, water supplies have become much more erratic, and both lives and livelihoods are under threat. At the same time, ground water levels in the plains have dropped substantially due to growing urban demand, and water has become increasingly brackish as seawater replaces fresh water.

The Feed the Future North (FTFN) project is a multisectoral program, which aims to raise agricultural incomes in northern Haiti. The partnership will achieve this through key investments in farm productivity, natural resource management, marketing systems, agribusinesses, and agricultural infrastructure. Geographically, the project will work in the plains and their associated watersheds in the North and the Northeast departments. It will focus its investments in five key crops—corn, beans, rice, plantains, and cocoa—and include complementary investments in other agricultural products.

The project will adhere to and mainstream a number of core principles; it will: be country-led, build capacity of Haitian institutions, coordinate with and leverage the work of other donors and stakeholders, be results-oriented, be market-driven, achieve scale through demonstration effects, and consider the gender and environmental implications of its work.

The objective of the project is to increase agricultural incomes in Haiti’s Northern Corridor for at least 21,500 rural households. The activities include the following:

The expected outcomes are a:

The outcomes of the program were that: