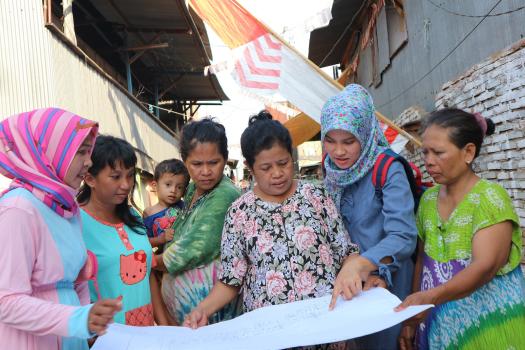 The USAID Indonesia Urban Water, Sanitation and Hygiene Penyehatan, Lingkungan untuk Semua (IUWASH PLUS) project is a five-year, $39.6 million initiative designed to assist the Government of Indonesia (GOI) in increasing access to water supply and sanitation services as well as improving key hygiene behaviors among urban poor and vulnerable populations. IUWASH PLUS works in close collaboration with governmental agencies at all levels, donor agencies, the private sector, NGOs, communities, and others to achieve:

To ensure that improvements in access to WASH services are sustained, USAID IUWASH PLUS focuses on strengthening service delivery systems so they can more effectively reach the poorest and most vulnerable segments of the population. In order to achieve this at scale, USAID IUWASH PLUS undertakes activities through four interrelated components, including:

In support of the above, USAID IUWASH PLUS also manages a Local Sustainability and Innovation (LSIC) activity.

The Business of Waste: Professionalizing Septic Tank and Latrine Desludging in Indonesia Blog