When Eric Viala was a student in engineering school, heavy rains triggered a landslide that buried a campground in an Alpine valley near his home in Annecy, France. “It happened during the night and killed 23 people,” Viala said. The experience left its mark on Viala, who went on to become the director of Winrock’s Sustainable Water Partnership (SWP), USAID’s flagship project on water security. Viala was one of five panelists who gathered December 5 at the Wilson Center in Washington, D.C., to discuss the challenge of too much water.

“Too much water can be as difficult as too little,” said the Wilson Center’s Roger-Mark De Souza, who moderated the panel. Floods take lives and livelihoods, drive people from their homes and create security risks.

Panelists discussed all of this and more, beginning with the various levels of response to floods. The immediate priority, of course, is to save lives — provide rescue services, food, shelter and healthcare. Rebuilding roads, houses, basic services and livelihoods comes later.

“There are definitely phases in a response, the immediate response of getting people safe but then the longer term, the necessary rebuilding of lives that will take months and years,” said Melissa Opryszko of USAID’s Office of Foreign Disaster Assistance (OFDA).

Unfortunately, many who survive catastrophic floods rebuild in the same flood-prone areas because they have nowhere else to go. Vulnerable populations often live along riverbanks and coastlines. They are less likely to evacuate because they’re reluctant to leave their homes and livestock. Dealing with too much water means looking beyond rescue to restoration. “We need to go beyond saving lives to saving livelihoods,” Viala said.

Floods raise the issue of responsibility. In the case of the Annecy flood and landslide, “there were questions about what should have been done, what could be done and who was responsible,” Viala said. Although the tragedy was first considered an act of God, later research showed that the area had flooded a hundred years earlier, so the government of the town was fined and made to compensate relatives of the victims. 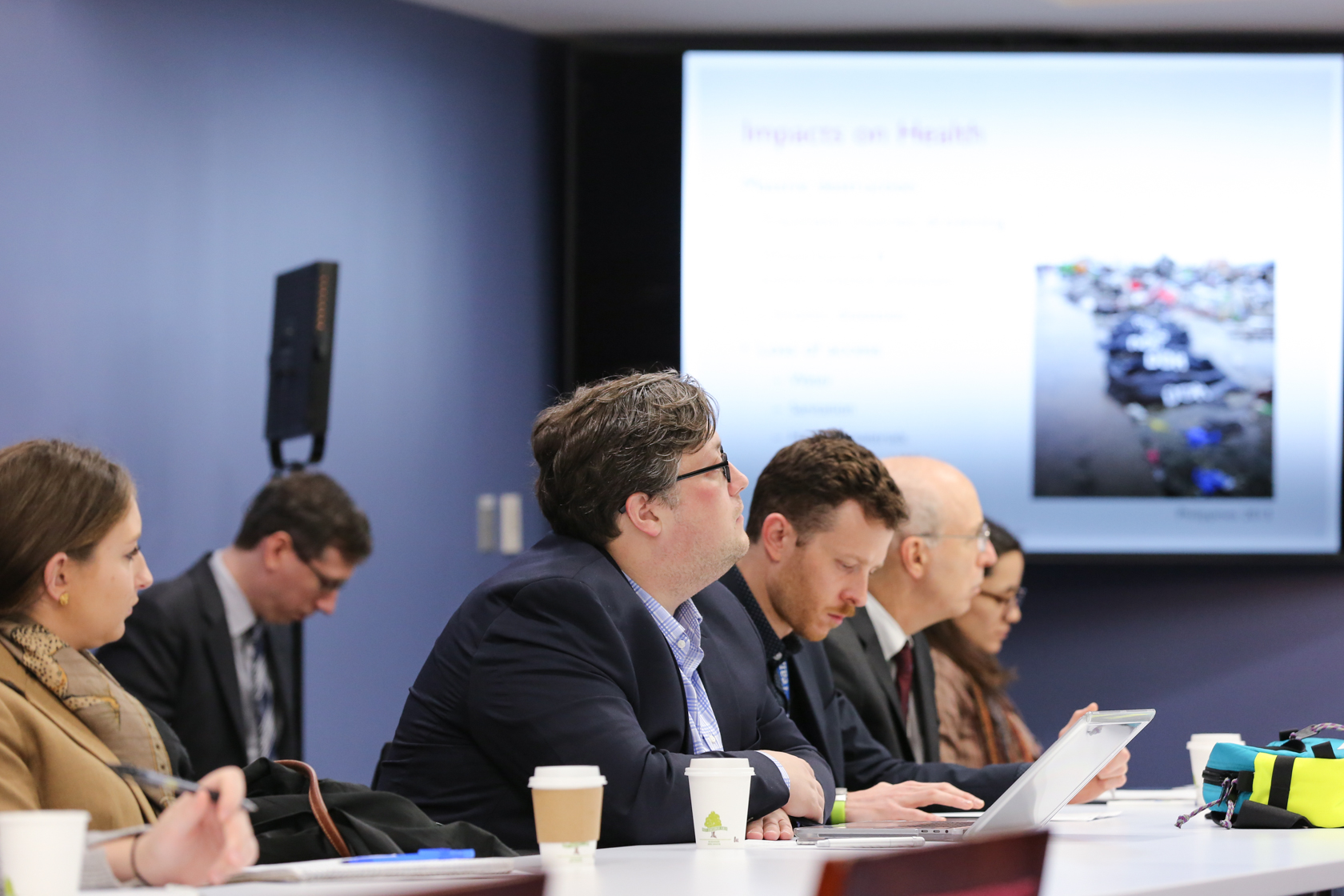 “What rules do we want, how much risk do we allocate before and after disasters, and who should make those rules?” said panelist Alexandra Campbell-Ferrari, executive director of the Center for Water Security and Cooperation in Washington, D.C. This is the perfect time to be asking these questions given the hurricanes this year, she said — and everyone needs to be asking them, not just those in flood-prone areas. The $81 billion recovery cost of Hurricane Harvey is being borne not just by the people of Houston but by every taxpayer in the country.

Panelist George Hawkins of D.C. Water talked about the political will that can follow a flooding event. “A disaster is a terrible thing to waste,” he said, citing a $250 million plan to help mitigate the flooding in the Bloomingdale area of Washington, D.C., that was passed following a series of summer floods there in 2012.

Having too much water is not always a negative. “Not all flooding is bad,” said Anita van Breda of the World Wildlife Fund (WWF). “Flooding serves certain purposes that are beneficial to humans, so we want to maximize the positive benefit of flooding and minimize or eliminate the negative.” The WWF partnered with OFDA to produce a green guide to flood risk management that encourages the use of wetlands and other natural sources of flood control rather than relying solely on dams, walls and other hard barriers. 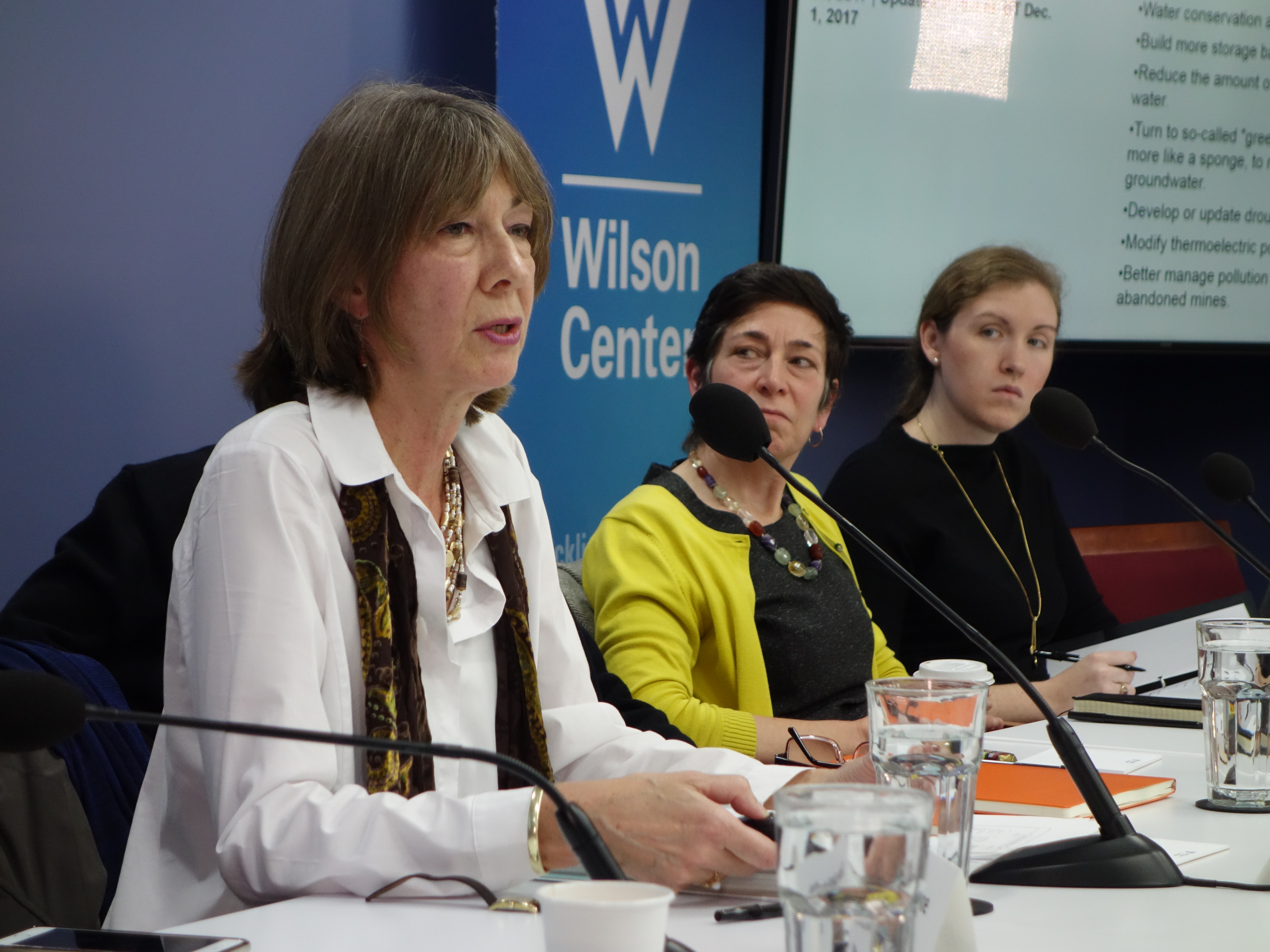 “You have many places around world where communities have learned to live with floods, in Bangladesh and Cambodia … and they make a living out of it, fishing and growing crops,” Viala said. But population growth and climate change are challenging these traditional ways of coping. “Suddenly, the flood behaves differently, comes earlier, comes later, comes higher, comes lower. And … they don’t have any experience to deal with those changes.”

Panelists agreed that the questions raised by too much water require perspective, leadership and the ability to craft long-term solutions. “It’s really important to step back and say what do we need to do looking forward,” Campbell-Ferrari said. “What does water security look like?” Transparency and stakeholder engagement is a huge part of it, she said.

Viala emphasized the interrelatedness of all the topics. “At the end of the day, water security is not just about flooding, it’s a cross-sectored issue that impacts food security, economic development and political stability.”

Watch a recap of the event below: