Safe Water and Resilience: Making Every Drop Count in the Philippines 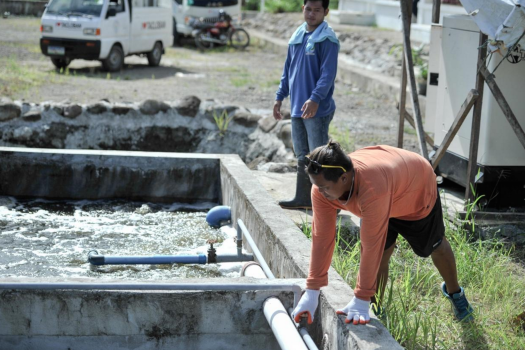 Water security has been a growing concern for many cities in the Philippines.

Freshwater supplies are shrinking due to over-extraction, saltwater intrusion, forest degradation, and pollution. Costly leaks in distribution pipes, as well as excessive and wasteful use of water in many households, do not help to preserve this precious resource.

In recent years, natural disasters such as stronger typhoons, cyclical flooding, and seasonal drought have heightened water insecurity. This causes cities and towns to endure weeks without water or results in critically low water levels in dams and rivers, forcing water utilities to ration or truck water to households.

To help tackle some of these issues, USAID launched the four-year Water Security for Resilient Economic Growth and Stability (Be Secure) Project in July 2013. During the project, we supported the cities of Iloilo, Tacloban, Cagayan de Oro, Cotabato, Isabela, and Zamboanga to improve their access to safe water and sanitation, and to foster resilience to the impacts of natural disasters. Water security is a vital component of resilience—the ability to withstand environmental and economic shocks and stresses in a way that decreases future vulnerability—and we worked closely with local partners to achieve that goal.

At the start of the Be Secure project, little was heard about integrating resilience in water supply and sanitation services among local governments and water utilities. Many of them did not have the information and tools needed to incorporate resilience into their work to achieve water security. USAID helped bridge that critical gap. We trained our partner cities to use weather and climate data and water resource vulnerability assessments in their local land use and disaster planning. These tools were also used to repair water systems in Leyte that were damaged by Super Typhoon Haiyan, as well as to design large-scale water supply and sanitation infrastructure in other cities.  In the construction and rehabilitation of these structures, the goal has been to make them able to withstand impacts of typhoons and flooding. We also linked water utilities to mentors from Palm Beach, Florida, and Seattle, Washington, that guided them in developing business and emergency plans and water conservation programs that take into account long-term climate forecasts and enable them to mitigate future disaster risks. By providing cities with support for their sanitation programs, USAID raised the importance of treating septage to protect limited water resources from contamination of waste.

In the face of future drought and water shortages, every drop of water counts. Tapping experts from drought-affected countries like the United States, Jordan, and Australia, USAID introduced water demand management to several urban areas in the Philippines as a viable and comprehensive way to conserve water and use it more efficiently. Our assistance also raised public awareness of water issues and sparked momentum for urban water conservation. Through this Be Secure video, available online and given to water utilities to play in their payment centers,  people are learning practical tips for saving water and money.

USAID Be Secure’s work over the past four years produced valuable knowledge and lessons. These are encapsulated in practical guides and toolkits that we developed, which include, toolkits for Climate-Resilient Water Utility Operations and Climate-Resilient Water Infrastructure and the Implementer’s Guide to Lyme Stabilization for Septage Management in the Philippines. USAID and  the Zamboanga City Water District jointly developed two water audit toolkits for the residential and commercial sectors. Cities and water utilities in the Philippines and other water-insecure countries can access these resources at Globalwaters.org.

Be Secure concluded its work in July. Here’s a look at its significant accomplishments:

For the full story on USAID’s Be Secure project, read this Real Impact brief.