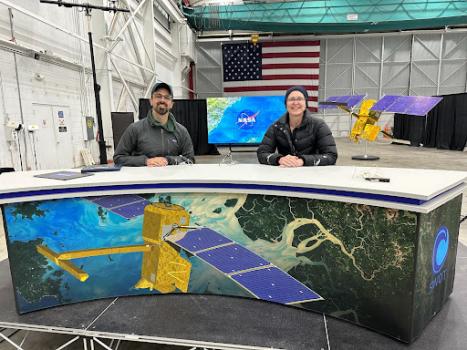 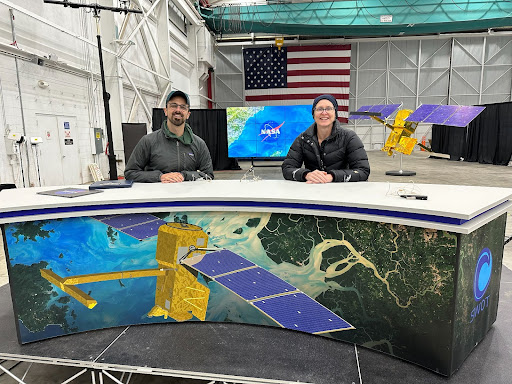 On December 15, the National Aeronautics and Space Agency’s (NASA) U.S.-European Surface Water and Ocean Topography (SWOT) mission launched a satellite that will map the Earth’s surface water at an unprecedented level of detail. The SWOT satellite will provide new and essential information to decision-makers and communities who need to track water in their local areas to better prepare for climate change. SWOT will circle the globe every 21 days and will, for the first time ever, provide data on how water flows into and out of over 90% of the world’s freshwater bodies. The satellite launch is the culmination of fifteen years of partnership between NASA, the French space agency Centre National d’Études Spatiales (CNES), and SpaceX, with contributions from the Canadian Space Agency (CSA) and the United Kingdom Space Agency. SWOT is a long-term research investment by the U.S. government’s premier science agency to understand and adapt to the effects of climate change.

The satellite will bolster the U.S. government’s capabilities as it begins to implement once-in-a-generation commitments on global water security and climate change under the President’s Emergency Plan on Adaptation and Resilience (PREPARE), the first-ever White House Action Plan on Global Water Security launched by Vice President Kamala Harris, the 2022-2027 Global Water Strategy led by USAID and the Department of State and with commitments from fourteen government agencies, including NASA, and the interagency Global Food Security Strategy that is coordinated by USAID.

Why was this launch important to USAID?

Jeff: We often say that the climate crisis is a water crisis. I'm excited that NASA has invested in this satellite that will provide an unprecedented level of resolution and accuracy for about 90% of the world's surface water. The U.S. Global Water Strategy describes a whole-of-government effort. NASA’s contribution is an incredible, game-changing dataset that has all kinds of uses. It can fundamentally improve the way that USAID works with partner governments to safeguard water in the face of climate change.

Christine: While SWOT is new and exciting, the data are only valuable if they are understandable by people in governments and other regional bodies that can really benefit from the data, for dealing with transboundary water issues, for example. That's where USAID comes in. With our SERVIR hubs and other partners, we can work together in a timely manner to make this SWOT data easily accessible and digestible. We can help with feedback on what makes data most valuable and how it can be applied.

Tell us about your experience and impressions after attending the launch.

Jeff: I was impressed and humbled by just how much work went into it.  I have described this experience to friends as being the equivalent of inviting somebody to the Oscars who has never watched a movie!  I'm a water professional, not an aerospace professional, so it was really fun to learn about this whole other industry. While USAID’s Center for Water thinks about how we can bring this data to our host country partners to improve water planning, decision-making, and forecasting, there's this whole other world of people - NASA and CNES [the French space agency] staff - who spent 15 years getting the engineering and logistics just right for the launch.

Christine: It was great to meet NASA colleagues from their Applied Science and Earth Science teams. We had the opportunity to meet with colleagues that USAID’s Center for Resilience works with closely on SERVIR. Just like this satellite that was 15 years in the making, thinking long-term is really important for our efforts to address the impacts of climate change, in addition to actions we can take now. It was also interesting to learn about the strong international collaboration between NASA and CNES, the French space agency. A lot of the technology, particularly in the data side of this work, is coming from Cannes (CNES headquarters in France). While SWOT data will be free and open, CNES will play a key role in compiling and analyzing the data. 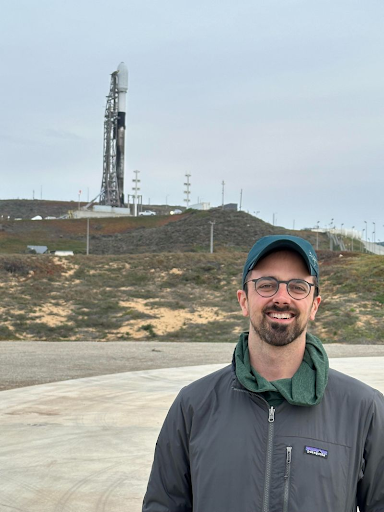 Jeff Goldberg, Director of USAID’s Center for Water Security, Sanitation, and Hygiene stands in front of the SWOT launch rocket at the Vandenberg Air Force Base in California.
Photo credit: Jeff Goldberg, USAID

How can SWOT data help inform water and resilience work?

Christine: One thing that's exciting about the SWOT satellite is that it will fill gaps in our understanding of rivers and oceans, and how they are impacted by a changing climate. For river systems, we currently rely on water level gauges along rivers, rain gauges, etc. Data from this new satellite should help with forecasting and early warning systems, and looking at how to improve our existing models. The data will also improve our understanding of sea level rise and patterns in ocean heat absorption due to climate change.

These data are an important piece of the Global Water Strategy, but they also feed into forecasting, early warning, and knowledge management under PREPARE.

How is this mission going to help advance the work of the Bureau for Resilience and Food Security?

Jeff: The Bureau for Resilience and Food Security leads the Agency in advancing progress across water and food security in the face of climate change. This mission brings all of those together. By tracking surface water, it will improve our ability to forecast floods and droughts, which have clear impacts on water service provision and the ability to grow food. This positions USAID to lead under PREPARE as well.

About USAID and NASA partnership

For decades, USAID and NASA have embraced a whole-of-government approach to improving water security through partnerships that strengthen science and technology capacity in lower- and middle-income countries and promote public access to shared research results and data such as SERVIR, Partnerships for Enhanced Engagement in Research (PEER), and the Famine Early Warning Systems Network (FEWS NET), and a newly signed Memorandum of Understanding. Now, SWOT opens new possibilities for the U.S. government, including USAID, to better understand surface water dynamics around the world, and support partner countries to improve the climate-resilient management of freshwater resources through data-informed planning, decision-making, and local actions. Congratulations NASA on your leadership and commitment to whole-of-government collaboration to help communities around the world build water security and resilience to climate change. Go SWOT! 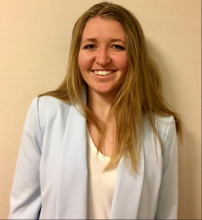 Natalie R. Gill is Program Specialist in the Global Strategy and Leadership Division of USAID’s Center for Water Security, Sanitation and Hygiene. Before coming to USAID, Natalie was a researcher and program coordinator for an international urban development and housing nonprofit; her concentration on equitable cities and safe and affordable housing included a focus on the critical need for safe and sustainable water, sanitation, and hygiene. Natalie earned her bachelor's and master's degrees in history from the University of Maryland.