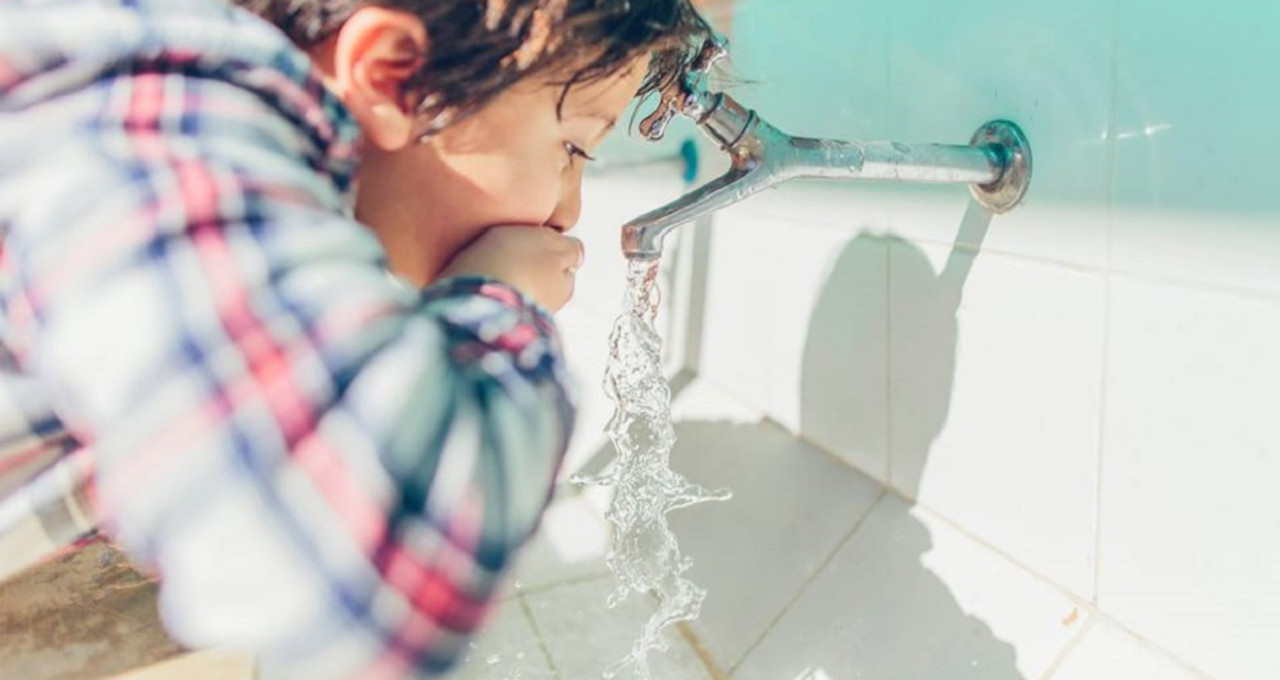 Sufficient quantities of water are not available in the West Bank and Gaza to meet Palestinians’ needs. West Bank and Gaza’s water scarcity challenges stem from an inadequate sustainable supply of water, as well as inadequate existing infrastructure that does not have the capacity to deliver the required amounts of water. Roughly 88 percent of the population has access to basic water, and 30 percent to basic sanitation. The West Bank experiences frequent system operation failures and water losses because of aging and deteriorated pipes and illegal tapping, while in Gaza, 95 percent of water from the main aquifer does not meet basic standards for human consumption. Only 31 percent of the Palestinian population in the West Bank is connected to a sewerage network, and only five to ten percent of Palestinian wastewater is treated. Estimates suggest that 90,000 cubic meters of raw sewage flows from Gaza into the Mediterranean Sea, or percolates into the central aquifer every day, which increases the risk of outbreaks of waterborne disease.

Multiple activities are needed to assist the Palestinian Water Authority to meet its water and sanitation targets. USAID plans to invest in infrastructure, training, and to pilot new technologies. The program focuses on three components: 1) water supply; 2) sanitation; and, 3) institutional strengthening. Activities aim to reduce water losses, improve the reliability of service, and raise the average number of liters of drinking water available per capita per day.

USAID leverages complementary investments from other donors in water sector legal reform to ensure large-scale infrastructure investments are sustainable. Many donors are active in the West Bank and Gaza, which makes consultation and coordination important. Other water sector donors include the European Union, France, Germany, Japan, the Netherlands, Sweden, the UN, and the World Bank Group. USAID works closely with the Office of the Quartet,* the Local Aid Coordination Secretariat, and various strategy working groups that include representatives from the Government of Israel and the Palestinian Authority.

Senior White House and Department of State officials focus on the political and policy aspects of water issues in the West Bank and Gaza. This includes, for example, high level political support for regional projects like the Red Sea-Dead Sea Water Conveyance, as well as facilitating negotiations between Israel and the Palestinians regarding water issues.

Overall, these activities are estimated to provide more than 365,000 people with sustainable access to basic water supplies, and help nearly 22,000 Palestinians in the West Bank and Gaza gain access to basic sanitation.

The West Bank and Gaza Country Plan is costed based on prior year resources still available for programming, the FY 2017 estimated allocation of $53.0 million, and the FY 2018 President’s Budget Request of $52.0 million.

*The Quartet, set up in 2002, consists of the United Nations, the European Union, the United States and Russia. Its mandate is to help mediate Middle East peace negotiations and to support Palestinian economic development and institution-building in preparation for eventual statehood.