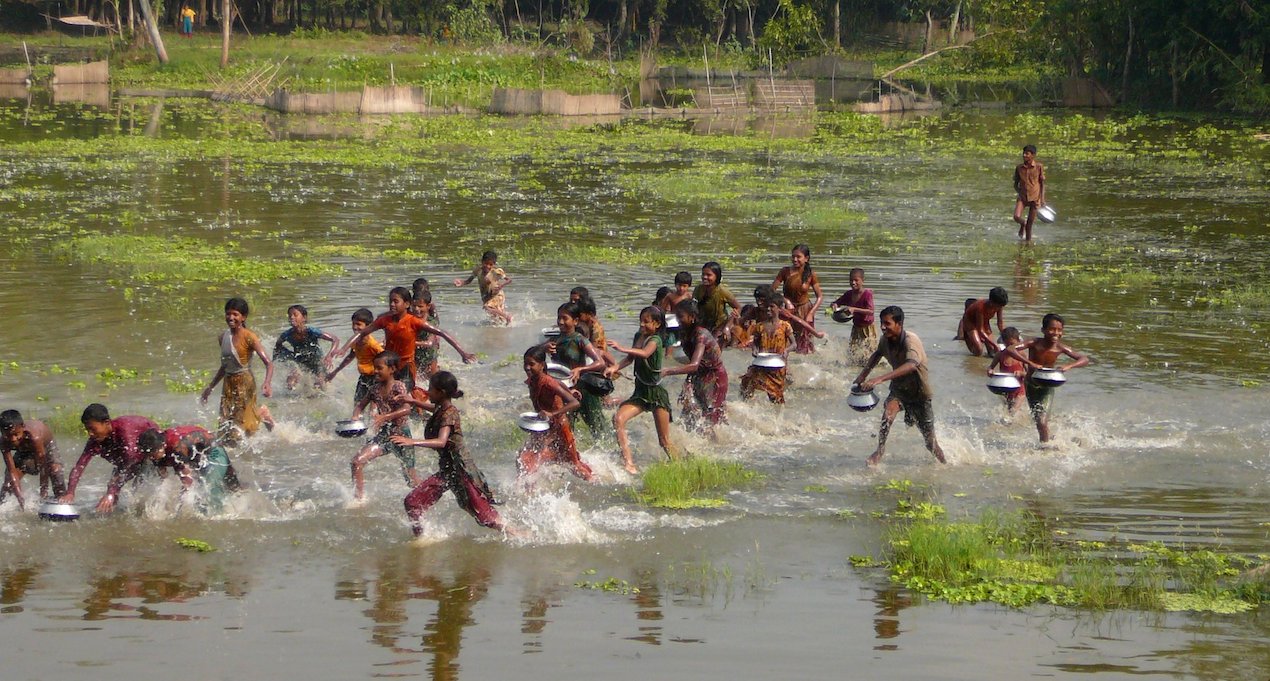 Bangladesh has a population of 165 million living mostly on low-lying floodplains, making it one of the most densely populated and environmentally vulnerable countries in the world. The country’s economy has grown robustly in recent years, yet it faces immense development challenges, with nearly one in three people living in poverty. With the exception of a few natural springs, Bangladesh has no potable surface water. Agricultural, industrial, and domestic waste pollute Bangladesh’s water resources, and much of its groundwater is contaminated with arsenic.

Bangladesh is the most vulnerable country in the world to tropical cyclones and the sixth most-vulnerable nation to flooding. Increasing storm surges and rising sea levels are causing saltwater intrusion, especially in coastal areas. As of 2015, 56 percent of the population had access to safe drinking water—almost exactly the same number as 15 years ago. Access to improved sanitation also remains a serious issue, though it has shown strong improvements. Rural access climbed from 22 percent in 2000 to 62 percent in 2015, and urban access expanded from 63 percent to 82 percent during the same 15-year time period.

USAID is helping address these problems through environmental resilience activities such as improving management of forests and wetlands. Its food security activities include community education initiatives that also increase people’s knowledge of healthy eating practices, hygiene, and sanitation. USAID continues to conduct monsoon preparedness and response activities, while providing critical emergency WASH assistance to conflict-affected populations. USAID also supports training for communities in the most vulnerable areas to mitigate the effects of natural disasters and help them recover from climatic shocks.