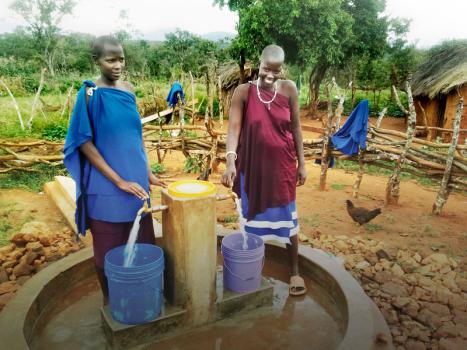 Highlighting the Need to Integrate Young Women in Water Management

Water security is a pervasive climate issue and one that has increasingly been viewed as a gendered issue. Worldwide, women and girls spend 200 million hours collecting water every day. While doing so, they place themselves at increased risk of assault and become more likely to develop medical issues related to physical labor. They also pay an opportunity cost, as this time could be better spent in school or performing other productive tasks.

Women have long been inextricably linked to the management of water. However, while girls continue to act as water collectors in their communities, little has been said about how they are often overlooked as potential water resource managers. At both the community and national policy levels, there are ample opportunities for women to take on engineering and hydro-geologic roles, to oversee community water boards, and to act as formal negotiators in transboundary water deals.

Around the world, girls are making rapid social gains. Globally, enrollments in higher education are increasing faster for women than for men. Yet in many regions, such as the Arab States and North Africa, unemployment rates for women remain twice that of their male counterparts.

Future generations of women will thus be as educated, if not more educated, than their male counterparts. At the same time, without institutional change, they will continue to bear the primary burden of water collection while also being shut out of employment opportunities related to resource management. Some evidence already suggests that when women formally participate in water management, they help improve the long-term sustainability of water systems. However, there remains an untapped opportunity, as young women are not generally included in the discussions regarding sustainable water management. 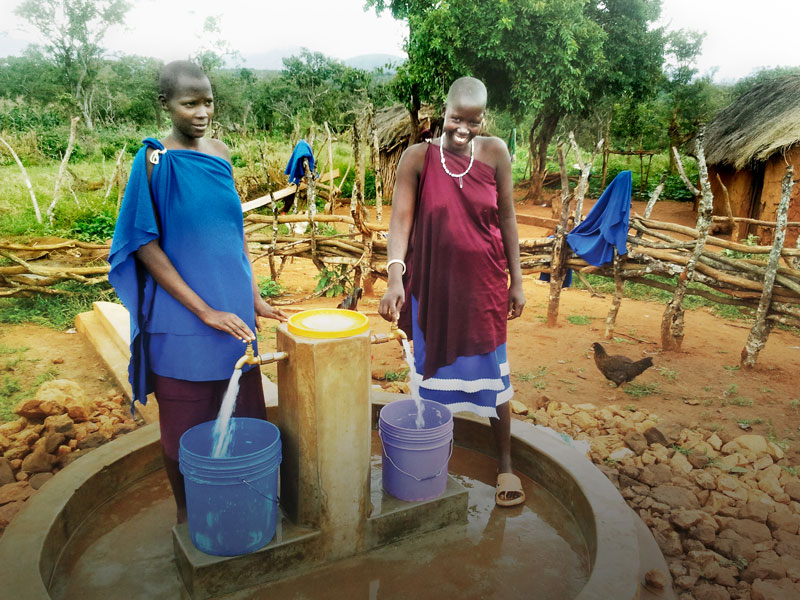 In many places around the world, such as Tanzania, young women are not involved in decision-making around water resources, even as they bear the brunt of responsibility for daily water collection. Yet young women have much to offer as potential water resource managers.

The sustainability of water management systems could be bolstered by taking steps to formally integrate young women into the system. While global data disaggregated by gender is difficult to obtain, surveys show that among the few women in water management across Palestine and Jordan, between 53 percent and 83 percent are over the age of 40. As of the 2019 survey, no women between the ages of 20 and 29 were employed. The question at hand, then, is how to meaningfully leverage the considerable human capital that the next generation of women has to offer.

The predominant narrative is that youthful populations drive instability. There is an element of truth to this. Countries that are dominated by youth populations do tend to have a harder time establishing liberal democracies. This does not, however, imply that youth are always the source of unrest. Instead, it should be noted that youth populations are prone to disruptive behavior when levels of unemployment are high, and opportunity is low. A 2011 World Bank Study, for example, found that 40 percent of participants in rebel groups were motivated by unemployment, rather than belief in the cause alone.

There is also a widespread belief that youth are more likely to be concerned about, and willing to act on, climate issues. While global statistics are not available, initiatives such as the UN Youth Climate Action Summit and the recent popularity of youth activists show active and increasing engagement by young people concerned with the ramifications of climate change.

This willingness is also reflected within the water management community. Those under 35 are far more attuned to non-stationary thinking and are willing to rethink fundamental aspects of their own training, said John Matthews, co-founder of the Alliance for Global Water Adaptation. Senior people are often in a position where they have a lot more invested in their world view, he said. At a recent Wilson center event, Unami Jeremiah, Founder of Mosadi Global Trust, shared this view. We need to have systems which allow positions of leadership to be passed on, rather than held by the same people for generations, she said. The youth have expertise and the power to change things, she said. They should be given the opportunity to exercise it.

In many cultures, women are traditionally responsible for water collection, storage, and use. Global Grassroots data from Rwanda, for example, shows that men traditionally collected water for only 8.5 percent of households in Jali Sector. After local women designed water initiatives that improved access, men began to fetch water for 41.8 percent of households. Yet, water management and decision-making processes are widely associated with masculinity. The relatively recent effort to appropriately value women’s contributions is therefore paramount.

It should be noted that it is not enough to simply demand women be integrated into these systems. “When women are engaged in a water management committee, that’s a responsibility that’s layered on top of all of the other responsibilities that they have—caring for their families, the elders in their community, putting food on the table, and the list goes on,” said Victoria Phillips, Director of Women’s Empowerment at the Global Environment & Technology Foundation. These opportunities are often unpaid. In general, she said, locals are frustrated that people from the global North are coming into villages and getting people engaged in these activities, then leaving. They are placing an excess burden on these women without following through and making sure they get to reap the long-term benefits of this engagement. To the women, it’s a never-ending cycle, she said. 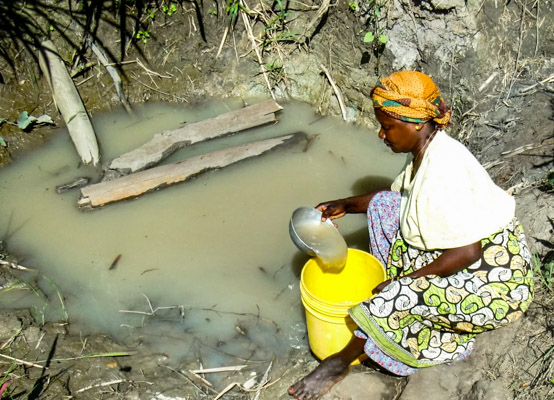 The sustainability of water management systems could be bolstered by taking steps to formally integrate young women into the system.

Many regions also house populations with a profound amount of psychosocial trauma. Gretchen Steidle, founder of Global Grassroots, noted that acknowledging this trauma is critical for supporting long-term efficacy of female-driven water initiatives. “We learned that for women who are survivors of war—if they are unable to take care of their own rehabilitation needs—we can’t expect that they will be able to manage an ongoing social venture,” she said.

Global Grassroots, an NGO focused on helping women of all ages establish social enterprises, which are usually water-oriented, has found that integrating trauma healing into their trainings has helped women create more dynamic programs. Ultimately, the women are developing ways to use water to address a range of social issues, from malnutrition to sexual and domestic violence. “So the ripple effects are massive,” she said.

Still, when using environmental projects to promote social objectives, it is important to not lose sight of hydrological necessities. “Sometimes it’s possible to be so focused on gender that it’s not a water project anymore,” said Matthews. And this claim isn’t unfounded. WASH (Water, sanitation, and hygiene) generally serves communities with very urgent needs, and some think that these needs should be met tomorrow, he said. But a solution focused solely on WASH might be hydrologically sound for only five years.

To avoid the proliferation of projects hyper-focused on gender, we need women who are equipped with the tools to excel in both technical and leadership roles. Global Grassroots has already been successful in empowering young women. “Once they realize that they can have an experience solving social problems in their communities, and that they have the toolkit to do it, then it changes their whole trajectory about what they want to study,” said Steidle. They realize they can become change agents, she said.

At the moment, Steidle says, the girls begin to show an interest in issues they understand immediately impact them, such as lack of education or reproductive health services. They may not immediately recognize that water is a driver of these other issues, she said.

However, as the impacts of climate change continue to place stress on the world’s ecosystems, the need to mobilize youth efforts will grow. “To me, water and climate is one of the great challenges of our time,” said Matthews. Simultaneously, we need to address serious global disparities. “We know that patriarchy has become a cancer in our societies. And so we need to stand up and work against it,” said Jeremiah. Empowering young women could be a powerful next step.

This story was originally published on newsecuritybeat.org. It was written by Mckenna Coffey, an intern with the Wilson Center’s Environmental Change and Security program.