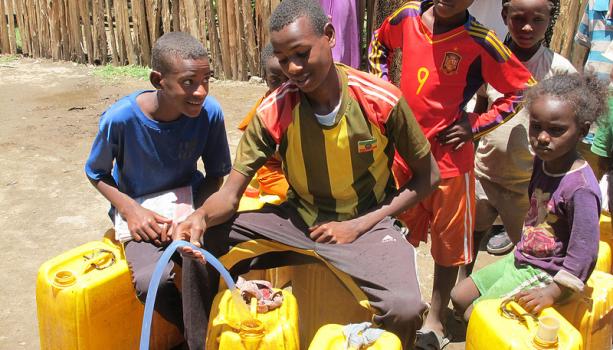 South Africa is a country of many contradictions. Since the founding of the Republic of South Africa in 1994 and the fall of apartheid, its leadership has made significant strides towards helping the country to achieve Nelson Mandela’s dream of a “rainbow nation.” According to the World Bank’s Ease of Doing Business index, it is the fourth-highest ranked economy in sub-Saharan Africa (after Mauritius, Rwanda and Botswana). It is the second largest economy in sub-Saharan Africa, and predicts an annual GDP in 2018 of $326.54 billion, which makes it the 35th largest economy in the world.

However, one of South Africa’s largest and most well-known cities, Cape Town, has dominated headlines since the beginning of the year as the dreaded Day Zero approaches: the day when the city’s reservoirs go below a critical threshold and the city will turn off municipal water supply to many homes and businesses. Everyone has a different theory as to how Cape Town hit this point. Scientists from the University of Cape Town wrote in October of 2017 that the current drought was caused “not by … low rainfall in 2017” but instead by the fact that “2017 followed two successive dry winters.” An editorial in the Financial Times on January 28, 2018, argued that the problem was more systemic, resulting from the fact that “few city mayors are… doing enough to prepare for and adapt to climate change.” Regardless of the constellation of events that led to this perfect storm, the reality is that the city is in a position to set an example for how best to be prepared for a changing world where water scarcity is a reality, not a hypothesis. Designed with these challenges in mind, USAID’s WASH-FIN program is helping water service providers in Asia and Africa adapt to this new normal of water insecurity by ensuring access to adequate investment capital to build and maintain their water and sanitation infrastructure such that it can withstand shocks such as those presently faced in Cape Town.

WASH-FIN (Water, Sanitation and Hygiene Finance) began in October 2016 with the goal of closing financing gaps to achieve universal access to water and sanitation services through sustainable and creditworthy business models, increased public funding and expanded market finance for infrastructure investments. The gap between investment needs and available capital is significant; according to a 2016 study by the World Bank’s Water and Sanitation Program, there is a shortfall of $2 for every $1 spent on achieving the Sustainable Development Goals related to water and sanitation. The U.S. Government’s new Global Water Strategy and USAID’s Water and Development Plan emphasize sustainable governance and financing as a key input to the provision of sustainable access to safe drinking water and sanitation services worldwide.

To date, WASH-FIN has designed and launched activities in Cambodia, Kenya, Nepal, Senegal and South Africa.  Although South Africa enjoys a more robust economy than its peers in the WASH-FIN portfolio, a closer analysis shows that nearly 4 million people still lack access to an improved water supply, and 18 million people lack access to improved sanitation. A 2013 internal assessment (conducted as part of a study known as the Green Drop Report by the Department of Water and Sanitation) of 824 municipal water systems indicated that 50% of water systems were in a “poor” or “critical” state, and 31% (248) were in such poor condition that they required regulatory action. A 2017 UN-Water GLAAS report indicates that as of 2016, the country’s total current annual funding of 46 billion Rand ($3.6 billion) only meets 56% of capital improvement needs. In addition, operations and maintenance funding only meets approximately half of current needs; the annual unmet need is estimated to be 44 billion Rand ($3.4 billion).

It is important to contrast the challenges in South Africa’s water sector with the strength of its banking sector. According to the World Economic Forum’s 2016-2017 Global Competitiveness Report, South Africa ranks 11th among 138 countries in its financial market development. The presence of a robust and sophisticated financial sector means that programs like WASH-FIN can test creative and innovative funding approaches with receptive investors eager to find ways to diversify their assets.

How is WASH-FIN Helping to Solve the Problem of Access to Finance for Infrastructure in South Africa?

WASH-FIN is designed to be a technical assistance facility without any capital to invest, which places it in a unique role as a transaction facilitator and independent advisor which can help cities to assess all available forms of finance without any real or perceived conflicts of interest. It achieves its goals through two pathways: playing an active role in project preparation—offering engineering and financial advisory services in the early stages of infrastructure development, ensuring technical, economic and long term environmental sustainability—and through identifying and advising in the negotiation of financial transactions.

Take, for example, the work under consideration in one of the country’s rapidly growing secondary cities. Nearly 50 percent of its citizens are not covered by a reliable network of piped water and sanitation infrastructure. Recognizing that there are several ways to extend coverage, the city is engaging WASH-FIN to conduct an options analysis, looking at public-private partnerships relative to city-directed water systems management to ensure that it is making the correct long-term decisions from a planning and financing standpoint.

Or, look at one of the country’s three capital cities, which has recognized that it needs to take a proactive approach to combat the challenges posed by operating in a water-scarce environment. WASH-FIN is playing a vital role by preparing the financial models to allay investor concerns about the availability of funds for debt service over an extended period of time. This assistance, coupled with support from others, is intended to unlock over $200 million in repayable finance; this is particularly innovative in its focus on non-revenue water, which addresses both collection and billing inefficiencies as well as physical system-wide losses.

Finally, consider the joint efforts between WASH-FIN and other bilateral aid agencies to develop a program for education and technical assistance to coastal cities both in South Africa and in neighboring countries that find themselves at a critical juncture. Decisions made in these cities now will either lead them down a path toward water insecurity, as is the case for Cape Town, or an alternate path that leads toward more reliable, resilient and sustainable water and sanitation services, particularly for the most vulnerable urban populations across the country.

WASH-FIN’s activities in South Africa are case studies of the potential impact of new approaches being rolled out by USAID which emphasize the path toward self-reliance and the mobilization of non-traditional funding sources toward sustainable development. At the heart of the WASH-FIN approach is an emphasis on a three-pronged approach—financial sustainability, resilient design and engineering in a climate-sensitive environment and repayable finance—which operates in conjunction, rather than in competition, with the financial contributions from national governments, charitable institutions and peer agencies. As a result of WASH-FIN and similar efforts from others, the world can move closer to achieving the Sustainable Development Goals in water and sanitation. In addition, the innovative approaches the project is rolling out in South Africa and elsewhere carry great promise for charting a new path for USAID’s engagement in the municipal service delivery sector worldwide.