Comparing the Sustainability of Different Approaches to Rural WASH Access 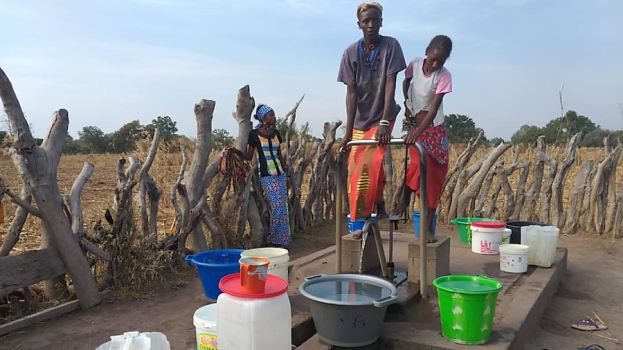 The goal of rural water and sanitation investments is sustainable, long-term solutions to service challenges—yet donors and practitioners rarely measure the durability of project outcomes. Evaluations conducted midstream or shortly after project completion fail to adequately capture what water, sanitation, and hygiene (WASH) approaches are sustainable. To take a longer view, USAID commissioned a series of independent ex-post evaluations on USAID–funded WASH activities three to ten years after activity close, the most recent of which examines the Millennium Water and Sanitation Program (PEPAM/USAID) in Senegal.

Research Triangle Institute led a consortium that implemented PEPAM/USAID from 2009–2014. The activity applied three different approaches at the village level—community-led total sanitation with a water incentive (CLTS-WI), subsidy for water and sanitation services, and a hybrid of CLTS-subsidy—to deliver water services, sanitation services, or both to improve sustainable WASH access in four regions of Senegal (see text box below for more details). The activity also promoted handwashing at critical times and tippy tap construction.

Subsidy for water and sanitation services

This evaluation assessed PEPAM/USAID’s implementation approaches to understand the extent to which increased access to WASH services was sustained several years after the activity ended and why or why not these interventions endured over time. In November and December 2018, an evaluation team (ET) conducted observations of 169 water points (WPs); water quality testing of 105 functional WPs; 514 water user surveys; 617 household sanitation/hygiene surveys with observations; and 56 qualitative interviews with government officials, implementers, local entrepreneurs, water committees, and community members.

Water system functionality: A majority (63 percent) of PEPAM/USAID WPs remained operational, but functionality varied based on the technology used; the India Mark II (74 percent functional) and mechanized pumps (70 percent functional) performed the best. The evaluation team (ET) found both accessibility of WPs and water quality to be high. Most users spent less than 30 minutes round trip accessing water (though most had to make multiple trips per day), and only 7 percent of WPs (including a variety of pump types) tested positive for E. coli.

Water point management: Though water committees continued to actively manage the WPs, few followed PEPAM/USAID best practices, and only a third of respondents reported paying water fees. Even when fees were paid, they proved to be insufficient to cover operation and maintenance costs. The primary hurdle for sustainability of the WPs appeared to be a lack of financial means to operate and maintain the WPs. The ET found a statistically significant and positive correlation between fee collection and functionality.

Sanitation quality and use: A trade-off occurred between latrine quality and use based on implementation approach. Households in subsidy and hybrid villages had access to higher quality latrines, but lower levels of observed use, while households in CLTS-WI villages had higher observed levels of use, but poorer quality latrines. In general, households in PEPAM/USAID villages surveyed reported high rates of sanitation access (92 percent) across all three approaches and sharing latrines as a common practice. While households in CLTS-WI villages reported the highest access to any type of latrines, subsidy and hybrid communities typically built latrines of higher quality. In fact, only 47 percent of all respondents qualified as having basic sanitation access, as defined by the WHO/UNICEF Joint Monitoring Programme; hybrid villages performed best (56 percent). The ET observed high overall evidence of use of latrines (86 percent), though it varied across villages depending upon the different types of approaches implemented. Latrines in CLTS-WI villages had the highest rates of use (94 percent) with subsidy villages only slightly behind (89 percent); the hybrid approach performed relatively poorly in comparison (77 percent).

Why Does This Matter?

Whether or not to subsidize sanitation access is an active and lively debate within the WASH sector, given strapped national budgets and competing high-priority investments—although the debate has been settled in the developed world where subsidized sanitation infrastructure is common practice. Based on this evaluation’s findings and exploration of the literature, subsidies can help improve the quality of household latrines, but increasing use of those latrines remains a challenge. In contrast, CLTS (a nonsubsidized approach) is often credited with increasing use of unimproved latrines, but serious questions linger about quality and long-term sustainability of the latrines built after CLTS triggering, particularly as it relates to moving up the sanitation ladder. This evaluation underscores observations in the literature and  provides the opportunity to examine the potential value of a hybrid approach.

Similarly, the evaluation findings on WP functionality confirm the sector’s understanding of sustainability challenges related to rural water supply, while the handwashing results suggest that low-cost, low-quality handwashing stations such as tippy taps do not lead to sustained behavior change. It may be worth considering hygiene investments that reduce the behavior change burden on targeted beneficiaries.

For more information take a look at the full evaluation, the evaluation brief, or reach out to the Water CKM Senior M&E Specialist directly.