How USAID is Addressing the Global Water and Sanitation Challenge: Annual Water and Development Report 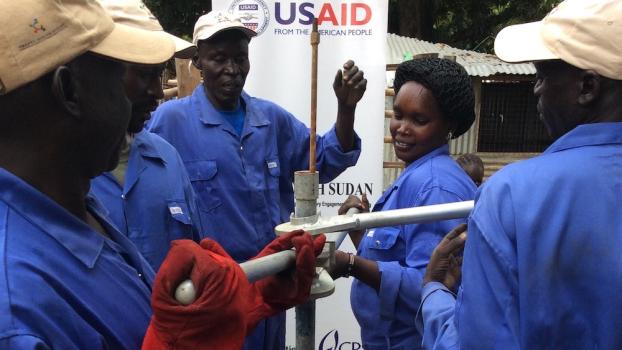 Water makes headlines in times of crisis—think Cape Town Day Zero, Hurricane Maria, or the cholera epidemic in Yemen. But for the 2.1 billion people worldwide who live without access to safe drinking water, and approximately 4.4 billion without access to adequate sanitation, lack of these basic necessities is a daily reality that affects health, economic well-being, productivity, and quality of life. While USAID does respond to emergencies as needed, its investments in water and sanitation are primarily geared toward addressing daily global water and sanitation challenges so they don’t become the next crisis. The recently published annual report, Global Water and Development Report of Water Sector Activities, takes a closer look at the activities, funding, and stories of USAID’s work in the water sector.

The report shares USAID’s investments and achievements in the water sector for FY 2016 and looks forward to a new era of water programming to create a more water-secure world, as envisioned by the U.S. Government Global Water Strategy and USAID’s Water and Development Plan in support of the Strategy.

"The report covers a decade of progress and comes soon after the new U.S. Global Water Strategy's launch. This marks a new era for USAID's water and sanitation assistance as we work with our partners to create a more water-secure world for all."

Program highlights and testimonials shine a light and give a voice to USAID’s work and its impact. Read how:

In addition to taking a comprehensive look at USAID water programming over the past year, the annual report breaks down funding by country and region and provides results of its work in water, sanitation, and agricultural water management over the past eight years.

For a closer look at the future direction of USAID water programming, check out detailed plans in each of the 13 high-priority countries/geographic areas on Globalwaters.org. In addition to providing relevant water and WASH statistics, these pages detail each country’s water landscape, current and planned strategies and approaches, challenges and opportunities in the sector, and USAID’s plan and activities.