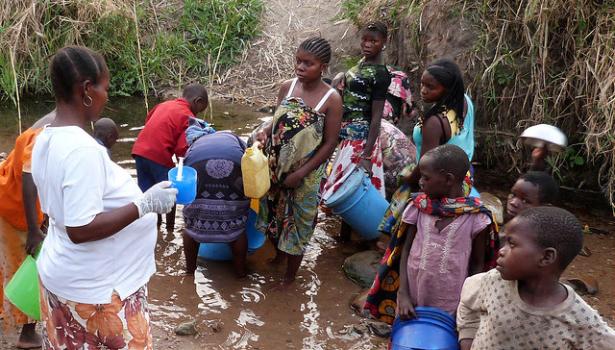 On April 19, 2017, the World Health Organization (WHO) made an important announcement about progress preventing and controlling Neglected Tropical Diseases (NTDs). This issue contains the WHO report mentioned in the announcement as well as other 2017 NTD studies, websites, and news. ​

Integrating Neglected Tropical Diseases in Global Health and Development: Fourth WHO Report on Neglected Tropical Diseases. WHO, April 2017. This report discusses the significant progress made in reducing the health burdens caused by NTDS. These achievements result from the implementation of five WHO-recommended interventions: preventive chemotherapy; innovative and intensified disease management; vector ecology and management; veterinary public health services; and the provision of safe water, sanitation, and hygiene. An Executive Summary of the report is also available.

Sanitation for All: The Global Opportunity to Increase Transgenerational Health Gains and Better Understand the Link between NCDs and NTDs. Tropical Diseases, Travel Medicine and Vaccines, April 2017. This study takes a look at how the global “sanitation for all” goal will address the dual burden of NTDs and non-communicable diseases (NCDs). This qualitative review of the literature is an attempt to document the health effects of inadequate sanitation and further understand the link between sanitation and NTDs and sanitation and NCDs.

Nearly 400 Million People Are at Higher Risk of Schistosomiasis Because Dams Block the Migration of Snail-Eating River Prawns. Philosophical Transactions of the Royal Society B, April 2017. This study estimates that one-third to one-half of the global population at risk of schistosomiasis could benefit from restoration of native prawns. Because dams block prawn migrations, results suggest that their removal contributes to the sharp increase of schistosomiasis after damming, and points to prawn restoration as an ecological solution for reducing human disease.

Landscape and Environmental Influences on Mycobacterium Ulcerans Distribution among Aquatic Sites in Ghana. PLoS One, April 2017. Buruli ulcer, caused by Mycobacterium ulcerans, is highly endemic in West Africa. While the mode of transmission is unknown, many studies associate Buruli ulcer with different types of water exposure. Researchers present results from the largest study to date to test for M. ulcerans in aquatic sites and identify environmental attributes associated with its presence.

Does Targeting Children with Hygiene Promotion Messages Work? The Effect of Handwashing Promotion Targeted at Children, on Diarrhoea, Soil-Transmitted Helminth Infections and Behaviour Change, in Low- and Middle-Income Countries. Tropical Medicine and International Health, March 2017. This article includes findings from three studies on the effects of hygiene promotion interventions on STH infections.

Spatial Relationship between Taenia Solium Tapeworm Carriers and Necropsy Cyst Burden in Pigs. PLoS Neglected Tropical Diseases, April 2017. Taenia solium, the pork tapeworm, is a parasite transmitted between humans and pigs. This study investigated if proximity to human tapeworm carriers was associated with established cyst infection in pigs, and if proximity to tapeworm carriers also increased the degree of cyst infection in pigs. The results confirmed that human tapeworm carriers and infected pigs are geographically correlated, but did not uncover a stronger relationship for heavily infected pigs.

Association of Community Sanitation Usage with Soil-Transmitted Helminth Infections among School-Aged Children in Amhara Region, Ethiopia. Parasites & Vectors, February 2017. This study examined the association between the proportion of households in a community with latrines in use and prevalence of STH infections among school-aged children. Researchers found no evidence of a protective association between community sanitation usage and STH infection and suggested the relationship may be more complex and requires further study.

Effects of Socio-Demographic Characteristics and Household Water Management on Aedes Aegypti Production in Suburban and Rural Villages in Laos and Thailand. Parasites & Vectors, April 2017. This study investigates household water management as a way to prevent dengue. Factors that were significantly associated with Ae. aegypti infestation were the presence of water tanks, less frequent cleaning of water containers, containers without lids, and containers located outdoors or in toilets/bathrooms.

Soil-Transmitted Helminths (STHs) and Plasmodium Falciparum Malaria among Individuals Living in Different Agroecosystems in Two Rural Communities in the Mount Cameroon Area: A Cross-Sectional Study. Infectious Diseases of Poverty, March 2017. STHs and Plasmodium falciparum infections remain public health problems in Cameroon. Living in a tea plantation area and lack of access to potable water were identified as risk factors for STH infections, while the age groups 15–25 years and 26–35 years, and being female, were significant risk factors for anemia.

END in Africa – Through the work of its END in Africa and END in Asia programs, FHI 360 is advancing USAID’s goal of contributing to the global elimination of NTDs by reducing prevalence of seven diseases—lymphatic filariasis (elephantiasis), onchocerciasis (river blindness), schistosomiasis (snail fever), trachoma (blinding eye infection), and three soil-transmitted helminths (hookworm, roundworm, and whipworm).

ENVISION – ENVISION is an eight-year, USAID-funded project aimed at providing assistance to national NTD control programs for the control and elimination of seven targeted NTDs. Its website provides news, resources, and tools for NTD implementers.

WHO Neglected Tropical Diseases – This website has information on WHO NTD-related publications, events, data, and news.

Researchers Analyze What a Warming Planet Means for Mosquito-Borne Diseases. Science Daily, May 2017. A new analysis reveals that the ideal temperature for the spread of mosquito-borne diseases like dengue, chikungunya, and Zika is 29 degrees Celsius. This finding will help predict disease outbreaks.

Nigeria: Why Nigeria Must Care About Neglected Tropical Diseases. AllAfrica, May 2017. In this op-ed, a medical student discusses the health consequences of NTDs and steps that should be taken to eliminate these diseases from Nigeria.

World in Progress: Dangerous Waters – Schistosomiasis in Kenya. DW, February 2017. In this audio story, a reporter visits Lake Victoria in Kenya, where people who are exposed to its water—washing, bathing, and fishing—develop schistosomiasis, which is treatable with medication but new infections can and do occur. Prevention measures are being put in place such as installing toilets, emphasizing the importance of not urinating defecating in the lake, and providing medication to cut down on the parasite’s spread.

Mexico Becomes First in Americas to Wipe Out Tropical Eye Disease. Stabroek News, May 2017. Carissa Etienne, director of the Pan American Health Organization, attributes Mexico’s victory over trachoma to the decades-long efforts of authorities, health workers, and communities to improve health and quality of life.

Neglected Tropical Diseases: Funding the Next Stage of the Fight. Devex, May 2017. At a recent NTD summit in Geneva, Emily Wainwright, division chief for NTDs at USAID, argued that mainstreaming NTDs into routine health care will improve efficiencies. It was an overarching theme at the summit that the next stage of the fight against NTDs will increasingly require movement on broader health goals such as nutrition and WASH.

USAID's Plan to Eliminate NTDs: What You Need to Know. Devex, December 2016. Earlier this year, USAID marked 10 years of work on NTDs and launched a new five-year strategy to eliminate trachoma, the world's leading cause of preventable blindness, and lymphatic filariasis, a painful and disfiguring parasitic infection transmitted by mosquitoes.