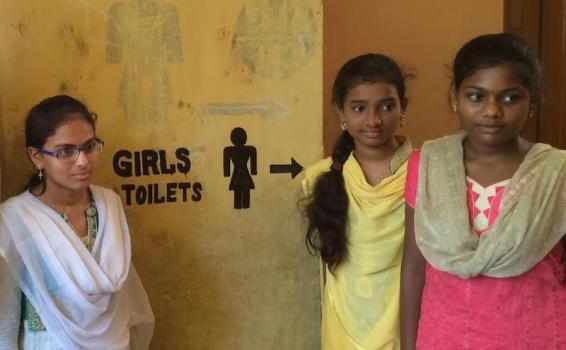 USAID partners with the Government of India to help drive changes in water and sanitation that make cities cleaner, healthier, and more prosperous by harnessing expertise and innovation. For example, USAID/India and the Bill and Melinda Gates Foundation support the Government of India's efforts to eliminate open defecation and sustainably provide sanitation services. This collaboration has resulted in 1078 out of 4041 cities being certified as open defecation free (ODF), helping improve the living conditions of more than 150 million people. USAID also partners with local civil society, U.S. universities, and the private sector, including the Coca-Cola Company, Google, and the Gap Inc. to address India’s water and sanitation challenges.

Featured below are select presentations, blogs, videos, and articles that highlight the wide-ranging accomplishments, trends, and challenges of Swachh Bharat.

Swachh Bharat Mission Highlights for the Year 2016-17. Ministry of Drinking Water & Sanitation, 2017. This report gives an update on the number of ODF villages, new initiatives to promote community participation, and other information.

India’s Swachh Bharat Mission: A Presentation by Parameswaran Iyer. Ministry of Drinking Water and Sanitation, April 2017. This slide deck provides a high-level overview of India’s progress during the past three years of Swachh Bharat, including highlighting the more than $30 billion of public investments toward the sanitation sector.

WASH Situation Under Swachh Bharat Mission: Report of an Early Assessment in 2016. WaterAid India, 2017. A concurrent assessment across nine states from January to April 2016 showed that open defecation was still prevalent in many districts. It concludes that a new social norm needs to be created, in which open defecation becomes an unacceptable practice.

Swachh Survekshan (Survey) Report 2017. Ministry of Urban Development, 2017. An extensive sanitation survey of more than 500 cities in India was conducted in January and February 2017. It provides a ranking, by city, based on sanitation and hygiene and other statistics to promote competition among municipalities to reach key goals. In 2016, USAID supported the pilot survey in 73 cities. This website provides charts and statistics on the survey results.

Guidelines for Swachh Bharat Mission - Urban. Ministry of Housing and Urban Affairs, August 2017. A variety of activities have been implemented to accelerate the rate of progress of Swachh Bharat since its launch in October 2014. These updated guidelines reflect lessons learned and other changes to help states and local organizations better implement the initiative.

ODF Swachh Certification Ward-Level Guidebook for Practitioners. Water and Sanitation for the Urban Poor, June 2017. This manual provides a readiness check and guidelines for cities and towns that are working toward achieving ODF status.

A Ward-by-Ward Approach to Eliminating Open Defecation. Water and Sanitation for the Urban Poor, February 2017. Like all cities in India, Visakhapatnam (Vizag) is working to achieve universal sanitation and ODF status. This document details its approach and presents nine steps toward achieving citywide ODF status.

Swachh Bharat – The Government of India created this website as a hub for updated information on Swachh Bharat activities, statistics, participants, and more.

Swachh Survekshan (Survey) – This website provides an interactive dashboard on the 2017 survey results, awards, and other statistics and information.

E-Learning Portal for Swachh Bharat Urban – Developed with support from USAID and Microsoft, this online portal and module of courses draws from the leading practices in the sanitation sector and is targeted at municipal officials.

Swachh Bharart Gramin – Updates on Swachh Bharart’s rural campaign can be found on this site, which features statistics, key reports, and other information sources.

Swachh Bharat Urban – Swachh Bharart’s urban mission uses this site as a portal to learn about progress updates, key publications, toolkits, and other resources. It also features videos on its YouTube channel.

Urban Sanitation Plus – The nonprofit Water and Sanitation for the Urban Poor created this site to feature information and resources about its work for Swachh Bharat.

Hygiene Index: The New 'Swachh Bharat' Tool. NDTV, June 2017. Reckitt Benckiser, USAID, and EY launched the Hygiene Index on World Toilet Day in 2016. This video discusses how the Hygiene Index is being used as a monitoring tool to help the government assess the hygiene status of cities and identify areas that need improvement.

The Quest to Use Big Data and Community Toilets to Create a Model for Building Urban Sanitation. Fast Company, September 2017. The Toilet Board Coalition is supporting the Swachh Bharat campaign by bringing its partner companies and nonprofits in to bolster the efforts of smaller sanitation startups and initiatives.

President Ram Nath Kovind to Launch Swachh Bharat Mission 3.0 in Kanpur on Friday. Economic Times, September 2017. This is the third phase of the nationwide Clean India campaign that was launched in 2015. The campaign will look at cleaning toilets, bus stands, movie halls, railway stations, public halls, and more.

Lack of Hygiene is Affecting the Poorest: UNICEF’s Osbert. One World South Asia, September 2017. UNICEF, which is working in 15 states under Swachh Bharat Mission, recently published a report with estimates that ODF families save up to Rs 50,000 per year by averting medical costs.

No Toilet, No Bride: A UP Village’s Resolution for the Swachh Bharat Abhiyan. Your Story, September 2017. Residents in the village of Brahmaputhi have, in their own way, made a contribution to Swachh Bharat Mission. Villagers have vowed not to defecate in the open, and they will not allow their daughters to marry into families that don’t have toilets in their homes.

A Toilet Is The Star of India's Hit Rom-Com. NPR, September 2017. Released in August, Toilet: Ek Prem Katha—or Toilet: A Love Story, is a Bollywood-produced romantic comedy that brings awareness to sanitation issues.

How Building a Market for Toilet Loans Can Help Fix India’s Open Defecation Woes. HuffPost, August 2017. There’s a huge opportunity for financial institutions to offer toilet loans that could supplement the government incentive.

Swachh Bharat Mission: Achievements and Challenges. Observer Research Foundation, July 2017. A blog and video recapping a roundtable discussion was held in Delhi on July 7, 2017, focusing on the progress of Swachh Bharat and laying out next steps for moving the initiative forward.

Swachh Hygiene Index: How Close Are We to the Dream of a Swachh Bharat? NDTV, May 2017. The Hygiene Index was developed as part of Swachh Bharat to rate the progress of cities across six key sanitation-related areas. This article breaks down the best and worst performing of 10 cities that were assessed using the index.

Open Defecation vs. Community Toilets: A Complicated Choice. Global Waters Stories, February 2017. In India, even with access to community toilets, open defecation can still be a common occurrence. Learn how this seemingly everyday decision can result in severe health and safety consequences for women.