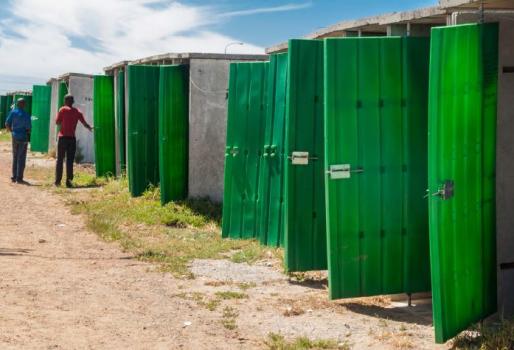 This study is based on interviews with 66 key informants and officials from countries in Southern Africa, which together with limited desktop research, were conducted to gather and compile information and explore the possibilities for sanitation leadership training in the region. The Southern Africa study carefully considered the capacity building and leadership training needs of the urban sanitation sector (more than the rural sector).

The target audience for training should be sanitation professionals and officials who are able to make or influence decisions relevant to sanitation. This group should be broad enough to take the growth of towns/cities into account, as well as ensuring that there are a few trained officials from each key organization. Who should take the training should be decided by the heads of utilities and agencies, in conjunction with those managing the training.

There should not be a question of whether politicians and a range of other key decision makers are included or not. They could be included in selected sessions (depending on the model). Creating and facilitating a space for politicians and officials to engage on issues of sanitation is important and could be initiated as part of the training (and hopefully maintained by them afterward).

In terms of incentives, informal ones were identified as most important to the target group of officials. These include the ability to do one’s job better, an improved profile in the sector, recognition, and building one’s network. Formal academic training is not a priority and is not a significant factor once officials are in senior positions. The difficulty of completing an academic degree while working is likely to be a negative experience for those embarking on it.

OTHER RECOMMENDATIONS
Creating a training approach that integrates ongoing mentorship alongside practical applications such as:

In each county, officials being trained would identify priority areas for training that underscores leadership skills. For example, strategic thinking and planning in relation to fecal sludge management or revenue collection.

To support this training, it is recommended that ASA formulates and facilitates the adoption of continuing professional development (CPD) modules that meet sanitation leadership training needs. These materials would provide a basis for training described above and, over time, can be linked to professional associations and/or universities in Southern African countries.