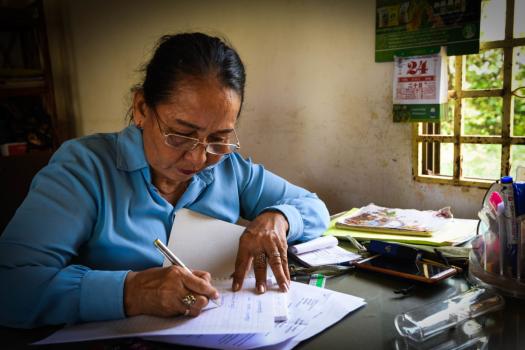 For decades, Rom Sareun balanced a life split between work and family, farming rice with her husband and caring for her six children. When her husband unexpectedly died in 2002, she shouldered his responsibilities, harnessing their cow and tilling the fields behind a heavy plow. Her youngest son was only seven.

The hard work of Sareun, 58, did not go unnoticed by her neighbors. She was elected to represent her village for decisions involving water use in the Stung Chinit Watershed. And in 2013, she was elected president of the Stung Chinit Farmer Water Users Committee, overseeing agricultural water distribution to 25 villages in the watershed.

Later, in her role with the Farmer Water Users Committee, she grew concerned about the deteriorating quality of the water her farmers depended on to grow their crops. To learn more about the problem and ways to combat it, she joined an agricultural pollution working group facilitated by the USAID-funded Sustainable Water Partnership (SWP). During training sessions facilitated by SWP, she discovered that the problem could be traced to poor sanitation practices and the overuse by farmers of harmful fertilizers and pesticides.

“The first problem for us is the water is not clean,” Sareun said. “We can see chemical fertilizer bottles in every canal. This is the biggest issue.” 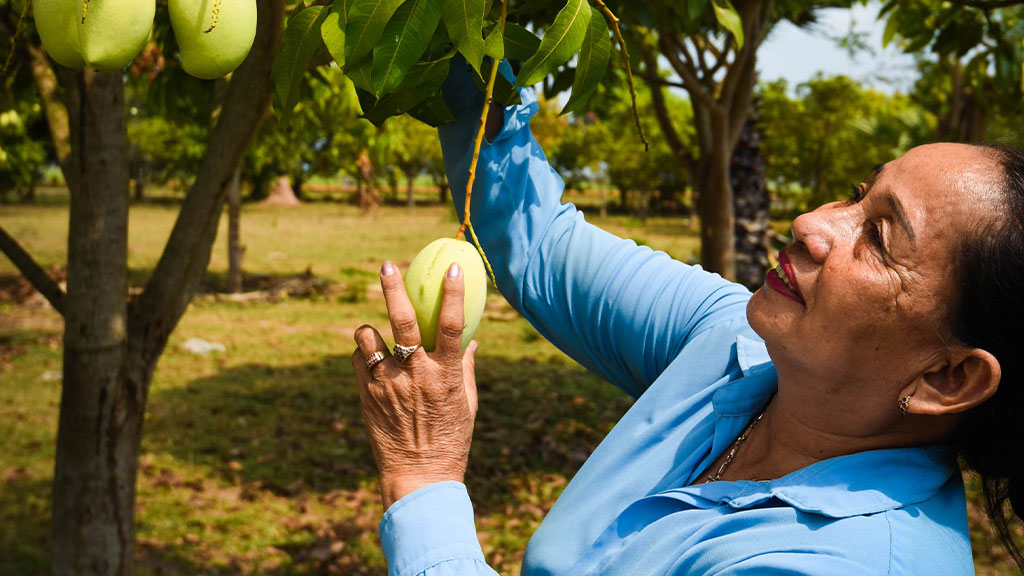 Rom Sareun, who spent decades raising her children and working in the fields, believes that women should have a role in decisions about water security because they use water more than men. Photo By: Jeremy Holden.

Sareun learned how fertilizers and pesticides pollute the river and create oxygen-depleted dead zones, threatening both the ecosystem and the health of farmers.

“I have attended the trainings,” Sareun said. “When the upstream people [who] use chemical substances and do mining activity release their waste to the river, it flows downstream and affects us.”

In addition to arming her with knowledge of fertilizer and pesticide use that she now imparts to her constituents, the agricultural pollution working group has offered Sareun a forum to address her farmers’ concerns directly with upstream interests about their pollution.

“Since the SWP project has started, I hope it will improve the usage of water at upstream, midstream and downstream to be better than before,” she said.

This article is part of a series about the roles women are playing in the USAID-funded Sustainable Water Partnership’s efforts to enhance water security in Cambodia. Click below for more of their stories. 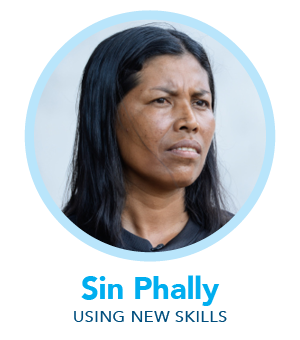 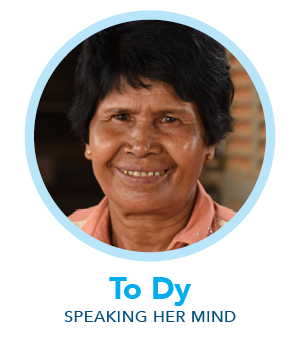