Urban Sanitation: Meeting the SDGs for Universal Access by 2030 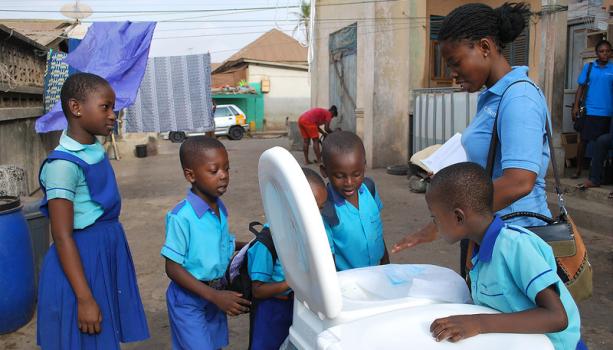 In preparation for the United Nations’ World Toilet Day on November 19, 2016, SID-W, together with AECOM, has assembled a panel of experts to discuss experiences and prospects for achieving universal access to sanitation for urban populations by 2030.

The world’s urban population is close to 3.9 billion, including nearly 1 billion living in informal settlements. The United Nations estimates that the urban population in developing countries could double by 2030, while the land area covered by cities could triple. Currently, in sub-Saharan Africa, only 40 percent of the urban population has access to improved sanitation, while in Southern Asia the percentage covered is 67 . This percentage could decrease as governments struggle with providing required infrastructure and basic services to meet the rapidly growing demand.

To avoid this, and work toward achievement of SDG 6.2, government, private sector, civil society and donor organizations will need to develop and deploy innovative service delivery models that will increase sanitation access to urban customers at a faster pace and larger scale than ever before.

The event will be moderated by Jesse Shapiro, WASH Advisor, Environmental Health Team Lead, and Sanitation Focal Point at USAID

To register, click here (note that registration closes at 4:00 PM on Tuesday, November 15).

Join the conversation on Twitter using @sidwashington and @AECOM.

Urban Sanitation: Meeting the SDGs for Universal Access by 2030

Sustaining Latrine Coverage and Use: A Study of Community-Led Total Sanitation Programs in Northern Ghana Brief

Sustaining Latrine Coverage and Use: A Study of the Cambodia Rural Sanitation and Hygiene Improvement Program (CRSHIP I) Brief