West Africa’s Sahel is an arid band stretching 1.1 million square miles from with limited annual rainfall. This zone has a combustible mix of deeply rooted chronic poverty, food insecurity and recurrent drought that drive the same vulnerable communities into crisis year after year.

In 2012, the Sahel experienced its third harsh drought in a decade, throwing more than 18 million people into severe food insecurity and a nutrition crisis, many of whom had barely had time to recover from the region’s food crises of 2008 and 2010. With many still struggling today to bounce back from 2012, millions are currently food insecure across the Sahel. At the start of 2015, there were over 20 million food insecure people and nearly six million malnourished children. The Sahel faces high childhood malnutrition and underdevelopment under the best of circumstances. One poor harvest can push millions of the most vulnerable from severe risk into a humanitarian crisis.

The Sahel is made up of four countries: Burkina Faso, Chad, Mauritania, and Niger, with limited presence field offices for USAID/Burkina Faso and USAID/Niger, and non-presence field offices USAID/Chad and USAID/Mauritania. The implementation of USAID programs in the Sahel takes place in coordination with, and oversite from the Sahel Regional Office (SRO) in Dakar, Senegal.

A USAID Representative and a team of dedicated local and international development specialists coordinate development activities in-country with oversight by the as well as the USAID/West Africa Regional Mission in Accra, Ghana, and USAID’s Office of Foreign Disaster Assistance (OFDA) and Food for Peace (FFP) regional offices based in Dakar.

Following repeated large-scale humanitarian emergencies in the Sahel, USAID recognized that continuing to treat these recurrent crises as acute emergencies is extremely costly and does not effectively address their underlying causes. In response, USAID’s Resilience in the Sahel Enhanced (RISE) initiative has realigned existing and new humanitarian and development assistance efforts to strengthen resilience in agro-pastoral and marginal agriculture livelihood zones of the Sahel. This shift in strategy will help USAID reduce chronic vulnerability by increasing economic well-being, strengthening institutions and governance, and improving health and nutrition status.

The Sahel Regional Office leads the RISE Initiative that aims to address the root causes of persistent vulnerability. Based on joint analysis and planning between USAID development and humanitarian professionals and in collaboration with a multitude of partners across the region, this initiative brings together humanitarian and development assistance programming to build resilience in a targeted zone of intervention in Niger and Burkina Faso. 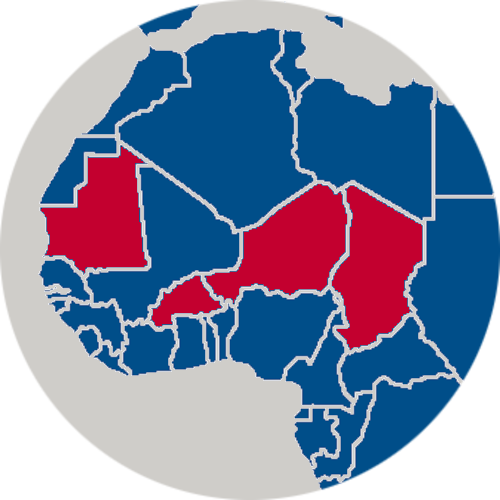